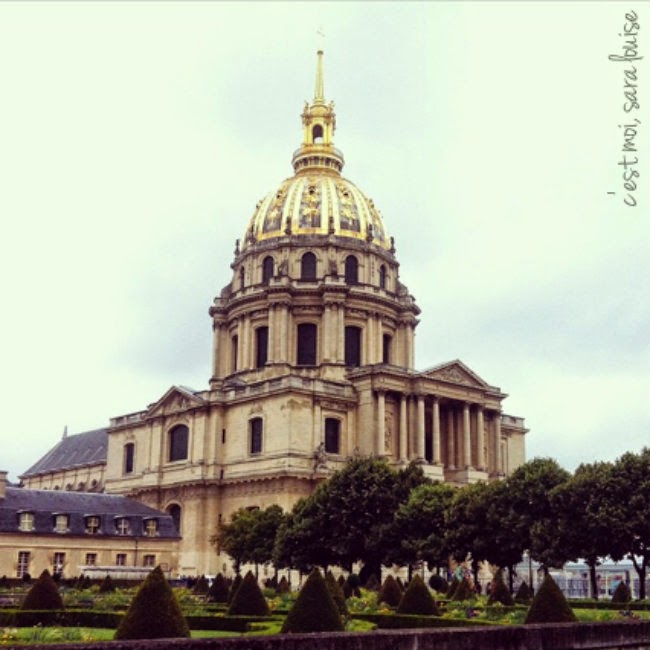 This post continues on from where this one left off, so we’re going to shake off our November blues, and travel back in time to France in July.

Gregory and I had one perfect day in Paris, and I had planned on getting at least another half of one in before heading south to Toulon, but Gregory messed up. That’s right, I’m throwing my husband under the bus (or train as the case may be), he messed up. Instead of buying TGV tickets for late in the afternoon, giving us time to actually do some more stuff in Paris before having to leave, he booked the 12:49 train. 12:49, that’s just awkward.

A 12:49 train means that a trip to Musée d’Orsay was practically impossible (logistically, it just wouldn’t work), so once again, hanging out with my favorite Impressionists wasn’t happening, and 12:49 also meant that lunch would be a very rushed affair, and as any Francophile knows, lunch, should simply not be rushed.

But being the positive Polly that I try to be, I came up with another plan; we would have time for a stroll around the Eiffel Tower and Les Invalides, followed by sushi at a Japanese restaurant I had spotted around the corner from the hotel. Sushi was quick, and since the sign on the door said that they opened at 11 o’clock, I figured we’d definitely have time to do that before making our way towards Gare de Lyon.

So at 11AM, on the dot, we walked through the open doors of the Sushi place and were shown to a table. And then we waited, and waited, and finally twenty minutes later left, without even having been handed a menu. WHY WOULD YOU SAY THAT YOU ARE OPEN AT 11AM IF YOU AREN’T ACTUALLY READY TO OPEN?! Ah, France, sometimes I really miss you, and sometimes I really don’t.

But, I did end up getting my French lunch (I’m all about my French lunch), and even better, in a super-duper efficient brasserie in the train station. It wasn’t bad at all for train station food, and in fairness, a glass of Rosé helped (confession: it was more like petit pichet). 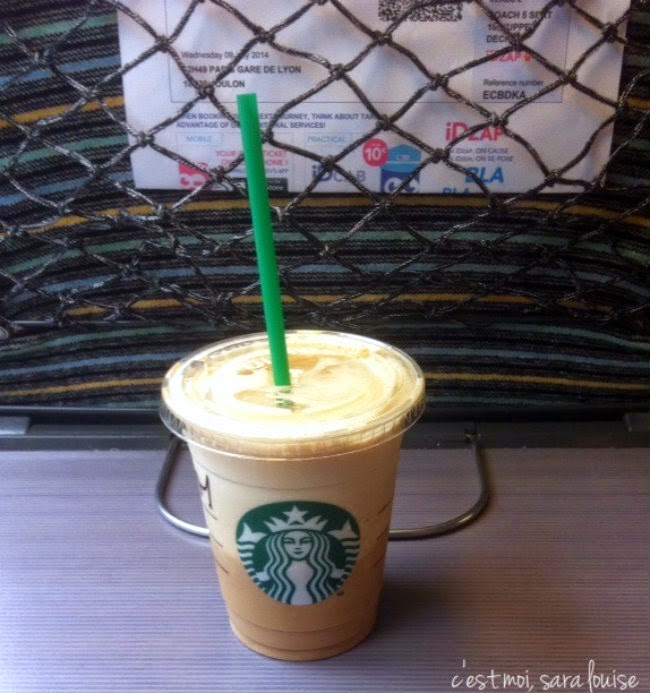 And after I grabbed a Frappuccino from the train station Starbucks (I heart you Paris, I really do), we climbed on board the TGV and were dashing along the French countryside.

The train journey was nice, I enjoyed it. After ten days apart, I had Gregory all to myself in a confined space. He did his best to sleep, but I wasn’t having it. I missed out on Musée d’Orsay, he was going to miss out on sleep. We chatted and tic-tac-toed until the three and half hours had flown by and we were pulling into the Toulon station where Mr. London was meeting us.

Of course when we stepped off the train, he was nowhere to be found. We looked around the station and couldn’t spot him anywhere and as we walked outside, Gregory’s phone rang. It was Mr. London saying he could see us. We scanned the crowds and he laughed. He could see us, but we couldn’t see him and he thought it was hysterical. And then Gregory had a light bulb moment and led me across the street into the bar on the corner, and sure enough, Mr. London was sitting there chuckling (he finds himself awfully amusing). 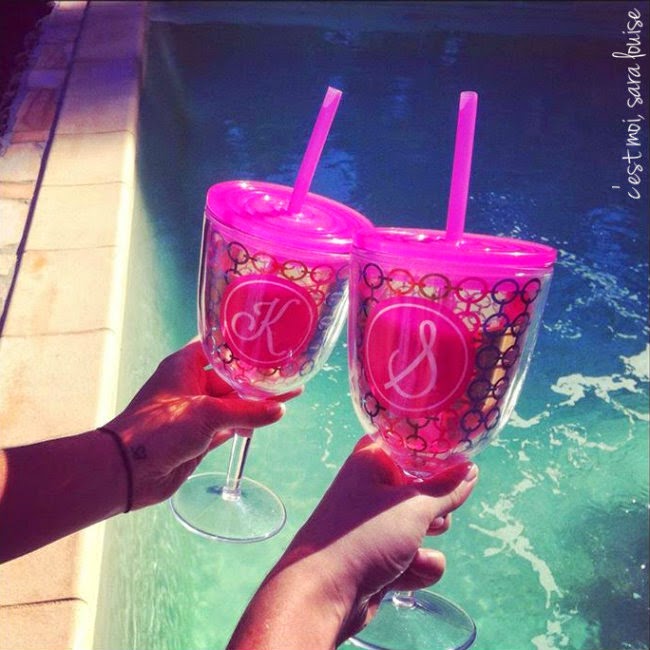 One glass of Rosé later, and I was on my way to The London’s. And before I knew it, I was poolside with Mrs. London, glass of chilled pink in hand (in the new monogrammed sippy cups I had brought with me), and gossiping like I had never left.