seven hours at the honey house

It was the best of days, it was the worst of days. I’m talking about yesterday. The Cousin called; he was at the Honey house with Mrs Cousin and Le Petit Cousin who is now all of three months of cuteness rolled into a onesie, and would we like to come over for a coffee? Oui, mais bien sur (that means, yes, but of course). 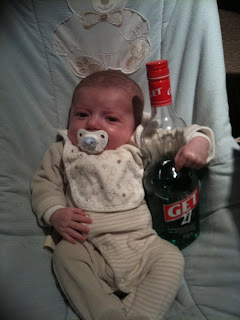 And of course coffee and chatting turned into an apéro and I especially needed that apéro after we watched the rugby. I don’t really want to talk about it. I have nothing to say. My thought process about the French match goes something like this… huh? what? no. no. no. hold up. wait. really? putain! (that last word that started with a ‘p’ isn’t a very nice word and should probably be disregarded).

Honey Jr left. He was going to Marseille for the evening, and I played with Le Petit Cousin’s little baby feet to try and make myself feel better (about the rugby, not about Honey Jr leaving). But it didn’t.
And then the Ireland vs. Wales rugby match was on and all I have to say is W H A T E V E R. Really, whatever, that’s all I’m saying. And The Cousin and Mrs Cousin headed back to Avignon so I didn’t have all that three months old cuteness wrapped in a onesie to cheer me up anymore. So that sucked.

But then after all that misery, a marvelous thing happened; Mrs Honey and I were left in the living room alone and we talked. We conversed all by ourselves for almost an hour. Just in case you don’t understand the gravitas of this situation; I WAS PARLAIS-ING IN FRANCAIS WITH MRS HONEY FOR ALMOST AN HOUR. This is huge monumental stuff. It almost made me forget about all that bad rugby (but it didn’t).

So seven hours after arriving at the Honey house for a coffee, we returned home. And Fifty had not destroyed a single thing. Not one single chewed appliance or table leg in a whole seven hours.
My little baby is all grown up.
bisou

30 responses to “seven hours at the honey house”