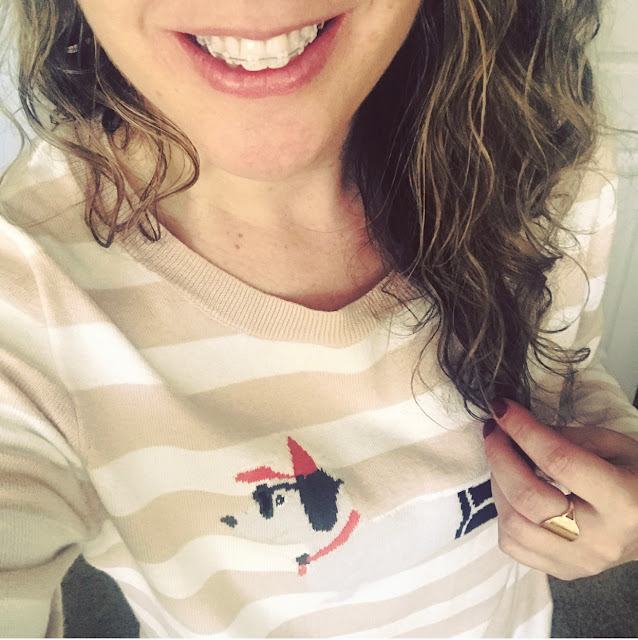 I did something crazy.
I, an adult woman, got braces.
Not Invisalign. Braces.
It’s been on the list for a long time but due to life and whatnot (y’all know about all the whatnot), it kept getting pushed further and further down that list.
(Except, I will say that a few years back in The LPV I did go to get them but ended up needing a root canal and left the office over €1000 lighter and there went the braces. But in hindsight, I’m glad that l’orthodontiste didn’t put braces on me because maisongarçon (French for homeboy obvs) jacked it all up, caused a massive infection, which led to bone loss, and then oral surgery a couple of years ago to fix it. Merci fils de pute! (Don’t try to translate that last bit… it’s naughty.)
Anyway, a few weeks ago, I decided enough is enough; I’m getting them and I’ll make life work around me for once. (This is when my theme song should begin to play btw.)
(Note to self: pick a theme song)
So, now I have braces and there still very new and I’m still getting used to them and the fact that I can’t get my Olivia Pope on with my popcorn and I have to forgo my beloved gummy bears, but I’ll get used to it. And get used to the fact that I’m a grumble-grumble-inaudible aged woman with braces.
But I will say this, a big part of all the nervousness about being an adult with brace-face disappeared as soon as my shamazing orthodontist said this in response to my embarrassment about being seen with them:
“They’ll see a grown woman taking care of herself.”
To my orthodontist I say, PREACH QUEEN.
And that’s that. I’m doing me right now.
What’s new with you? (I genuinely want to know.)
Are you letting life work you over, or are you making it work for you? (That should probably be werk).
Signed,
Your Brace-Face